I came to Goodnews on the 31 December 2011 on watch night prayer and the following week I discussed it with Mr Asamoah about how I felt the presence of God in the church, so we decided to join the church.

The board also decided that we should do a fund raising for the church bus despite being three families in the church we were hoping that the Lord will build his church, so it doesn’t matter how many people we have. We did the fund raising and by the grace of God we were able to buy the bus.

Pastors and myself were the only drivers available so I devoted myself to take the responsibility of driving the bus.

There was love and unity among the members which was a very good thing to witness. Children were given the opportunity to participate in the church, Bible reading was encouraged.

I had a dream about the church some months after I joined the church that God had established the church and is going to make the church bigger and within that week Kwadwo Antwi and Mr. Asamoah also had a dream and confirmed my dream. This gave me the assurance that yes indeed I was in the right place and, I wanted to be part of those God used to build Goodnews.

The church decided to train members to be able to evangelize. My house was chosen to be one of the grounds. Through this my family earned the name Obedidom family, which has had a great impact on my family.

All this has helped me to decide to stay in the church and serve the church for as long as I live. 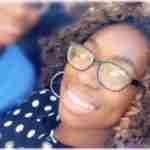